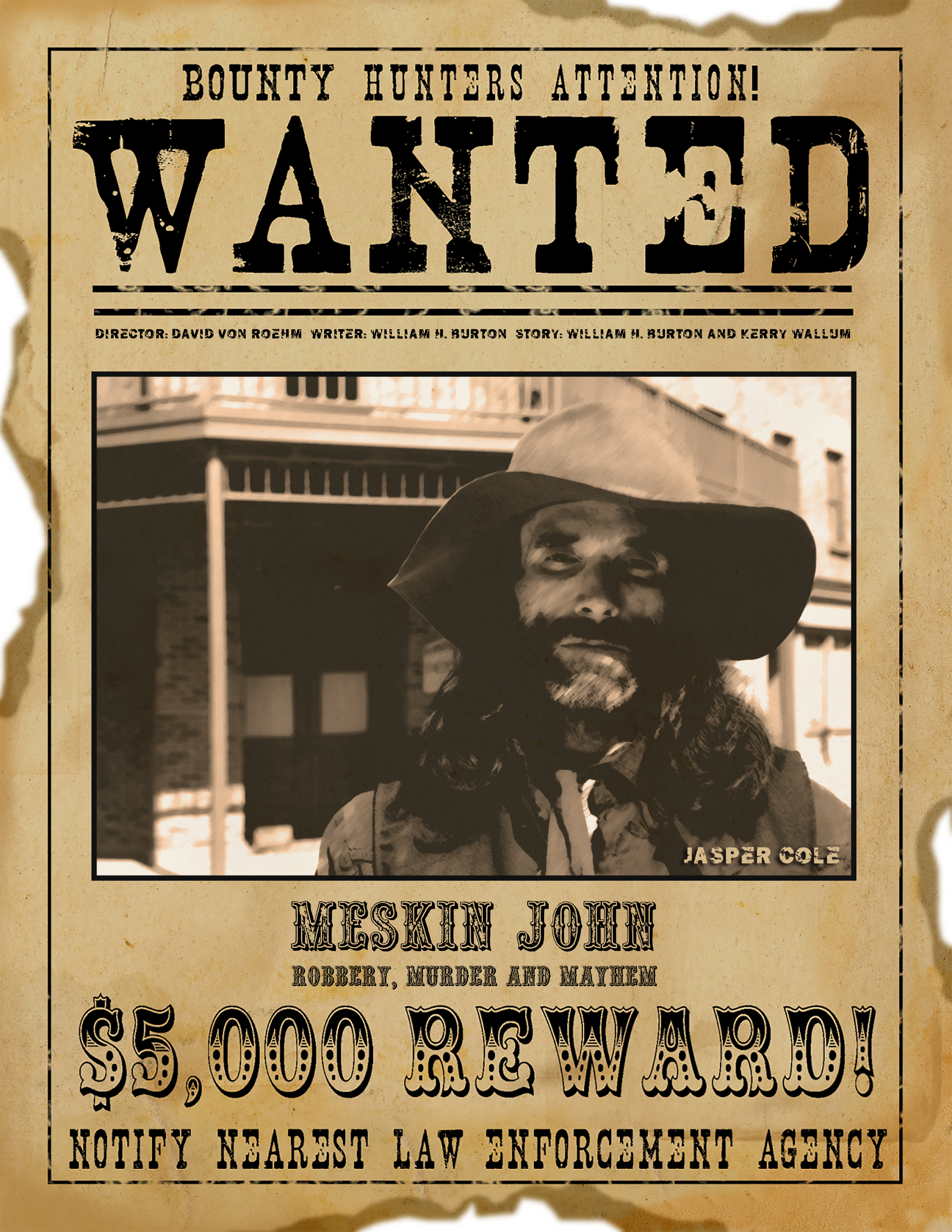 It’s a stormy night when the town Sheriff, Joaquin, brings a bad man he’s been chasing for months through the doors of his office. The bad man is big and sullen with a scar across one cheek and a creepy, evil gleam in his eye. His hands are shackled behind him. The Sheriff pushes him through the room, toward the cells. The Bad Man tries to mule kick the Sheriff, he just steps aside and grabs the Bad Man by the back of the head and smashes his face into the bars of the cell before he throws him in. The Sheriff locks the cell door. The Bad Man rolls over, hands still shackled, to stare at the Sheriff with that same evil gleam. The Sheriff stares back at him for a moment, then walks away, back to his desk.

The storm rages outside. The lightning, the thunder are striking at the same time, it’s close! Then a bolt of lighting strikes the Sheriff’s office, it comes through the ceiling, hitting the pendulum clock that stands by the back door, the lighting transfers from the clock to the door. The door begins to glow and the clock stops. Then a frantic knocking comes at the back door. A woman on the other side is screaming, “ Someone please help they’re going to kill him.”

The Sheriff goes to the door and opens it into an alley in 2017.

A beautiful brown skinned woman is on the other side, she points him up the street to where five gangsters are beating up a homeless person. The sheriff goes straight up to them. They turn from what they are doing to look at this 1873 Lawman, with hat boots, six shooter on one side and bowie knife on the other. They begin to ridicule him when one of them pulls up his shirt to show his gun too. The Sheriff looks him down, the gangster goes for his gun. The Sheriff is fast and shoots him down, then faces down the others. They run off and the Sheriff helps the homeless man to his feet. He brushes him off and makes sure he’s okay, then he walks back to the woman, who is thankful for his help, but puzzled is by his appearance as he is by hers and the whole situation. He introduces himself as Joaquin and invites her back in where it’s safe. He walks through and holds the door open for her, but before she can step through, a wind whistles through the office and closes the door in her face.

Just then the clock starts ticking again and the door stops glowing, it’s 7 o’clock. He opens the door again to find her gone and everything back to normal.

He comes back into the office shaking his head and notices the Bad Man has been watching. The Bad Man gives him an evil grin. The Sheriff checks the lock on his cell, then leaves his office and goes up the street to the herbal medicine shop to consult the local wise man, who is also the man who took him in as a twelve-year-old orphan and raised him to be a man. The wise Asian Sage tells him that there is evil magic at work and to be vigilant. The next day the Sheriff is in his office, he’s bringing his Bad Man some food. He sets the plate down and makes the prisoner back up to the bars so he can unlock his shackles. He unlocks the shackles and sets them aside, then he makes the Bad Man go back into the corner of his cell and unlocks the cell door, he reaches for the plate, just then the clock strikes 7 and the door begins to glow again. The Sheriff stares at the door, that’s when the Bad Man makes his move. He rushes the Sheriff, knocking him to the ground, taking his bowie knife from the sheath as he falls. The Sheriff pulls his gun, but the Bad Man runs out the door before he can fire, closing it behind him. The Sheriff runs to the door, but before he can get there the clock starts running again. By the time he opens the door, there is nothing there but the back of the Sheriff’s office. He yells in frustration, knowing he cannot unleash this evil killer on the future.