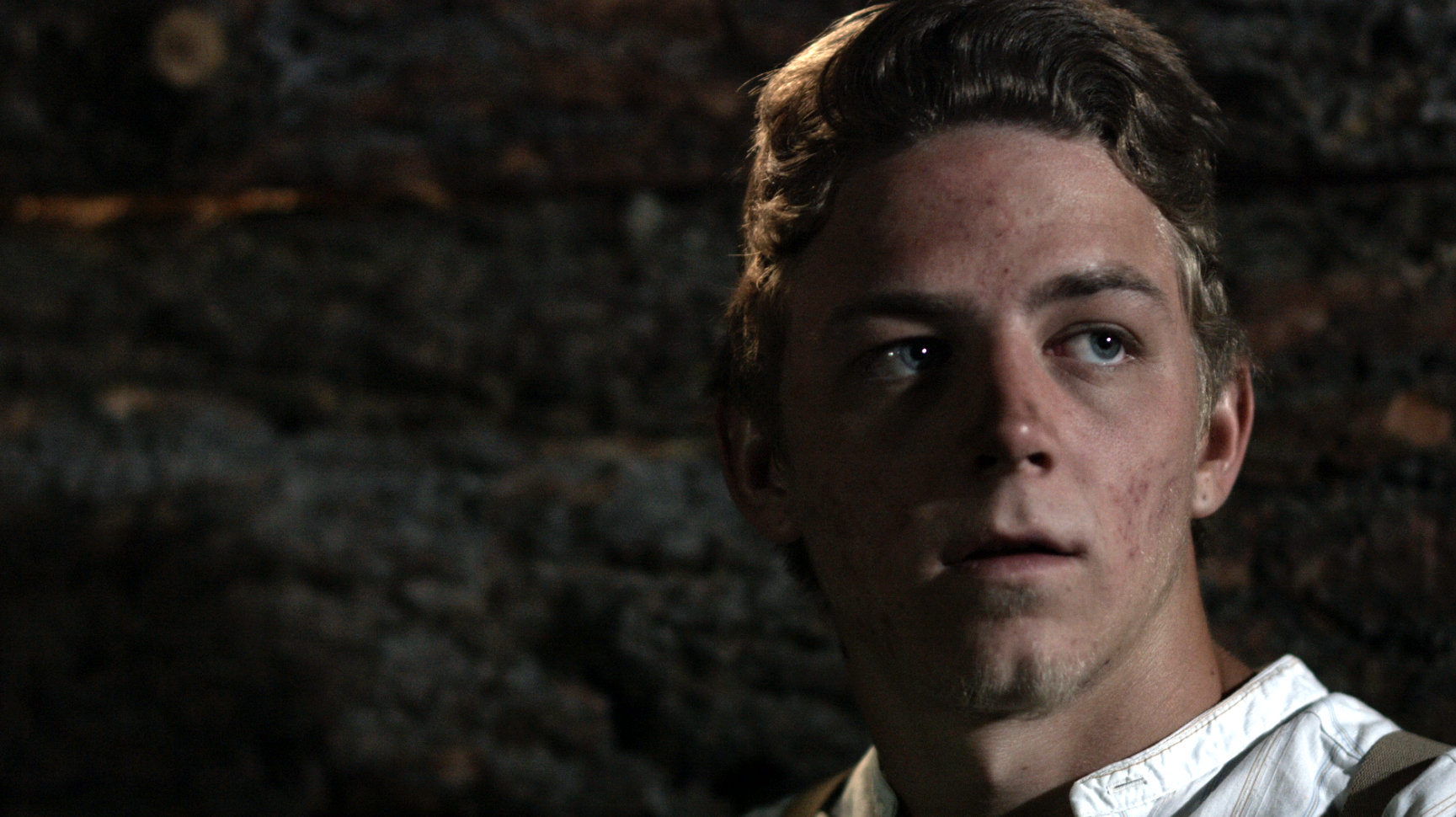 Newcomer Jesse Huggins in His First Role, Luck Films’, A Turn in the Sun

Newcomer Jesse Huggins shines in Luck Films’ 2015 feature, A Turn in the Sun, andNiemand, set to release in 2016.

Did you always know you wanted to act?

“I knew I wanted to be an actor after watching movies and realizing how amazing it would be to have the opportunity to be in them, and how much fun you can have being an actor.”

Tell us about your role in A Turn in the Sun.

“My role in A Turn in the Sun was a fun one. I was a supporting role in it, and it was a great experience for my first movie. My favorite part was my death scene, dying in my brothers arms.

“Oh man, working with some of those amazing actors like Michael Madsen, Richard Tyson, Joe Estevez, and Jeffrey Patterson was amazing! It was really fun, and a great learning experience watching them work. Working with them was intimidating because they are so good at what they do. It made me want to do better so I could be as good as they are one day.

“Working with [director] David Von Roehm was also a great experience, he loves what he writes — he sees his dream and he does it. He is outstanding at what he does! And working with Kerry Wallum was a very good opportunity for me. I learned a lot from him. He is a very busy man; he produces, acts, and so much more.

“I had a great time working with Luck Films, they are a good company.”

Was the set fun or serious?

“It was fun. Richard Tyson was always telling jokes and making people laugh.”

What was your role in Niemand?

“In Niemand I played Johnny. Being in front of the camera and on set felt very natural, but a little nerve-wracking. I tried not to let it get to me — I blocked out the camera and just did what I went there to do.”

Do you plan to do more films in the future?

“Yes, I am planning on continuing my acting career. I am currently working on getting a good agent to represent me so I can get into more movies. With Luck Films, they have a couple more movies they are planning on doing and want to bring me along. I love to act, so I can’t wait to get onto different sets and do some fun stuff.

“Eventually, if I need to in order to further my career, I’ll move to L.A. I’ll do whatever I can to be in more movies. My family is very supportive of what I do as long as I can pay my bills.”

What is the best advice you have received about acting?

“The best advice I have received so far was “Don’t act, Become.” Meaning, don’t just act a role, become the role that you are portraying.

“I have learned a lot. I started off in drama at Marcos De Niza High School. Then I got the chance to be in A Turn in the Sun, for Luck Films, the Niemand. After that, I took acting classes online and I am currently trying to go to college for acting. Heck, I am only 18 years old!”

For more information about Jesse Huggins and his film A Turn in the Sun, go toluckfilms.com.